Eirwen’s love of knitting turns into a business 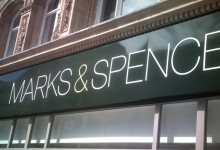 After months of searching, with our PRIME of Life co-ordinator’s help, our client lands the perfect job for her.

“After a chance meeting in the office at John Summers while waiting for a course to start, I met Terri-Lynda of PRIME Cymru. From that day we met regularly before my ‘Customer Service’ or ‘Business Communication’ classes were about to start. We would have a ‘catch-up’ of the previous week’s  job applications I had made, or jobs I liked the sound of and get advice or information from Terri about them. I found this to be very useful, because sometimes Terri knew the company, had a contact there or knew something about the environment etc.

Our meetings were always worthwhile, even if I was feeling down-hearted about a job, I would always benefit in some way and come away feeling positive and motivated for the next challenge. Sometimes I needed help filling application forms in, in particular (one of my favourites! only joking) ‘Why should we employ you for this job?’ etc….or at other times it was great advice on typical interview questions. Terri made the situations or role-plays if you like, light-hearted and good practice for the ‘real thing’ when I was preparing for a possible interview. After I’d had yet another interview and had not got the job of course I was always disappointed, although the companies do not always let you know ‘either way’ as they call it, I would have a meeting with Terri and she would always have constructive and helpful things to say and somehow keep me motivated.

It was extremely frustrating and sometimes annoying that some companies do not have the decency to reply to applications or phone back as promised, but after speaking with Terri, I would have the confidence to contact them and after doing so, would catch them on ‘the hop’, and in turn, make me feel better.

Early on in my job-hunting I didn’t have many interviews, so Terri offered to take a look at my CV to see if it could be improved and in doing so made it much more straightforward and employer-friendly. After this I started being invited to more interviews and apparently ‘came close’ a couple of times. With hindsight, many of the jobs I was very disappointed not to get would not have been right for me however. I think you only know this after you have found your new job!

I was attending the Jobcentre until the end of March where I was given the information about the new Marks & Spencer at Cheshire Oaks, Ellesmere Port. The jobs came online at the end of April and the application included psychometric testing and approx 20 situations in-store (in cartoon form) to answer. After successfully completing all of this I was offered an interview 2 weeks later which included a role-play, interview and written test. In preparation for this Terri helped me look for, and gave me great advice which among other things included searching online forums.

So eventually, after the many applications, interviews, role-plays, disappointments and let-downs it all proved  to have been great practise for the job with a great company that  I have now been offered.

After some of my many disappointments, people said things like: ‘Something better is around the corner ‘ and ‘That job wasn’t right for you’ how right they were!  Searching for a job is not easy, but that feeling when I was told ‘You have been successful’ was absolutely fantastic. I was walking on air smiling at everyone I passed!

It was great to share my good news with Terri at PRIME Cymru and we enjoyed our celebration very much! I don’t think I could have done it without her advice and support.”

Walk back through time in Caerphilly