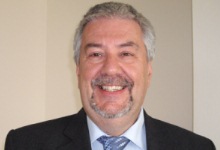 Paolo tells his own story

My name is Paolo Rodolfo Piana and I was born in Lambeth, London in 1957 and went to school in Ealing, West London. I left school with 11 O’ Levels in 1974 and I worked in a factory as a foreman until 1979. After that I spent a year living and working in India and the Middle East and after a management job in the NHS I started my own business in financial services. In 1986 took a managers’ job in a petrol retailing company. In six years I worked in a variety of roles including running a training school for new mangers and I was also an area sales manager. In 1992 I started my own petrol retailing business and was involved with all the aspects of the day to day running of that company and I also bought and ran a catering business at the same time. In 2006 I retired from those businesses. In November 2007 I moved to Llanelli to start a new life after a divorce and in January 2008 I started working in a high street bank. My contact with PRIME Cymru came initially through my partner Ann Evans who was looking for a second career after being a teacher and who had contacted PRIME  Cymru. Ann told me about the wonderful support she was getting from one of PRIME Cymru’s Volunteer Mentors Rebecca Thomas. Although I had a job at this time in the bank, I was thinking of a change of direction myself. I really wanted to put my business and retail experience to use in the voluntary sector to help make a difference in the lives of others and give something back to my community. Although I had already spent four years as a school governor and been involved in other fund raising activities, I also thought that I could benefit from more experience in the voluntary sector. So I decided to contact Rebecca about PRIME Cymru’s Scheme and she suggested that I apply to become a volunteer mentor myself. I contacted the Volunteer Mentoring Scheme in the summer of 2008. After an interview my application was accepted and I came in for training towards the end of that year. I was apprehensive at first and felt a bit like a fish out of water, not sure I had what it took to take this step and become a volunteer mentor for PRIME Cymru, but the training I received really helped me find my feet in this new environment and it has proved invaluable in my role as a volunteer mentor. Soon after the training I saw my first client and I have had a steady stream of new clients since. I find being a volunteer mentor very rewarding and if I ever need to get any support in my role the team at PRIME Cymru have an excellent network of in house support. The scheme is very close to my own heart as I believe that the over 50’s have the ability to make an important contribution to our society and their experience and skills are often under-valued. Starting a new business or a new career can be daunting but if I can support mature people into fulfilling their full potential through the Volunteer Mentoring Scheme then I feel that I have achieved what I set out to do by giving something back to my community. Just recently I meet with a client who was not sure whether they wanted to start a business or look for ways of finding a new career. We had a chat about the various options and what help and support the scheme could offer. The next day I received an email from this client. The e-mail said simply: “Thank you – it was just so nice to be able to talk to somebody.” The feeling I get from messages like this makes my day. Hopefully my support to clients will help people take their first steps on a path towards a new future and I’ll be able to support them in that future through PRIME Cymru as they follow those new paths. While benefitting others I am also building my own skills at the same time – it’s a two way street.