The winners of the PRIME Cymru Business Awards were presented their Awards by His Royal Highness The Prince of Wales at an Awards ceremony hosted by Lucy Owen (BBC) at The Brangwyn Hall, on the 4th of July.

PRIME Cymru is the Prince of Wales’s charity that supports people over the age of 50 to start their own business or find employment.

His Royal Highness The Prince of Wales told the audience of around 130 invited guests he felt strongly about helping older people set up in business and find employment. He added: “You are a great credit to this country and Wales and I’m so glad we’re able to provide that little bit of help which is so badly needed by those who may feel that nobody is interested in them anymore. Don’t worry – I am!”

The Prince of Wales expressed his pride in how much his charity PRIME Cymru has managed to achieve over the past 15 years and said, “You get an even more successful result from the investment in helping older people to set up their own business. Their survivability and sustainability is that much more likely at that age. I’m hugely grateful to all those wonderful mentors who literally make it all possible.”

“We are delighted to announce the winners of the PRIME Cymru Awards this year from all across Wales and particularly delighted that His Royal Highness the Prince of Wales was able to present the Awards at our Awards ceremony in Swansea. PRIME Cymru is celebrating its 15th anniversary this year since it was established by HRH The Prince of Wales in response to the growing number of people over 50 who felt that they were being undervalued and underused in the employment market in their mid life. Since the charity’s founding it has helped more than 10,000 people in Wales over the age of 50 to set up a business or find sustainable employment and every year PRIME Cymru returns over 3.75 million pounds to the Welsh economy, in terms of social return on investment”, said David Pugh, Chief Executive, PRIME Cymru.

The PRIME Cymru Awards 2016 are sponsored by Lloyds Bank 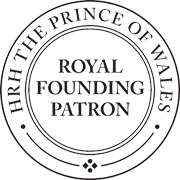 The winner of the New Business Award is Carolyn Parry, with her business Career Alchemy, coaching and training based in Penuwch, Tregaron. This is an online and face to face career coaching and training that uses a range of exciting techniques to inspire your next career move! www.careeralchemy.co.uk
The winner of the Growth Business Award is Lesley Wills with her unique Kefir probiotic drink, the first commercial production in the UK, made in her Follow your Bliss Café in Bangor North Wales. Kefir is a tasty, naturally refreshing, probiotic drink with fantastic health properties that is growing in popularity. www.followyourblisspt.com 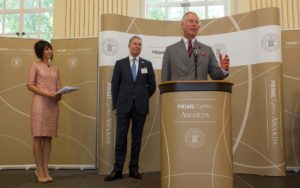 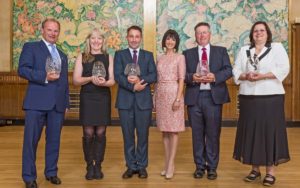 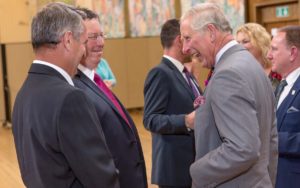 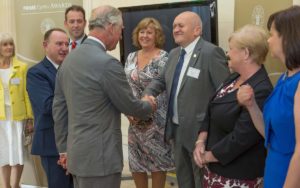 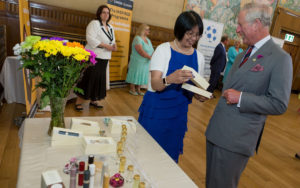 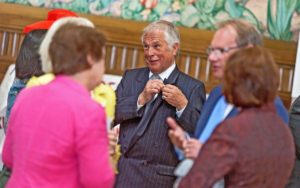 The winner of the Green Business Award is Dave Marchant with his business Coedcae Services from Near Pencoed. Coedcae Services covers all aspects of woodland management, from tree felling and planting, to supplying logs and biomass green energy. www.coedcaeservices.co.uk
The winner of the PRIME Cymru Business Mentor of the Year is Clive Barnard, a volunteer Mentor for PRIME Cymru who covers North Wales. Clive Barnard has been a mentor for several years and always finds time to support clients despite his busy schedule working full time and running his own business. PRIME Cymru runs the largest volunteering mentoring service in the country with over 400 volunteer mentors across Wales. 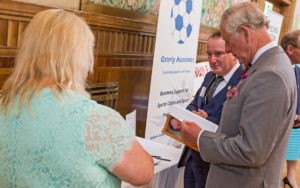 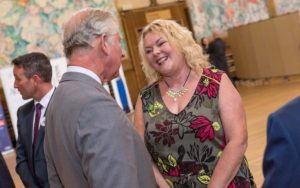 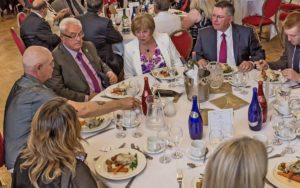 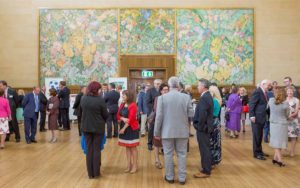 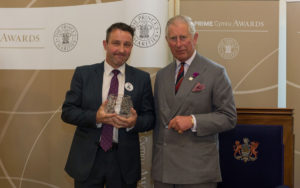 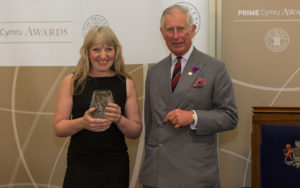 A brand new category Positive about Age Employer Award has been added this year by PRIME Cymru to recognise best practice among major business in Wales in managing an age diverse workforce. This year’s award is being given to Tesco which employs over 5,000 people over the age of 50 in Wales. Tesco particularly promotes employment of this age group and pushed for the opening up of the target audience for and industry led employment skills initiative and offered employability skills and training to all job seekers - not just 18-24 year-olds.

Grateful thanks to the supporters of our 2016 Awards